We Must Be Pruned

Last time we talked about learning to wait.  Besides learning to wait, we also must be pruned. The vinedresser prunes the vine.  Prayers that do not allow pruning to be part of the process of getting good fruit, are prayers that cannot be answered.  In John 15, some translations of Jesus’ saying at the Last Supper read, “You have already been cleansed.”

The word for cleansed is actually the same word that is used for pruned in the next verse.  It is cutting off that which is unnecessary.

I once asked a vinedresser why he pruned the branches back so far.  He said if he did not, the vines would spend all of their energy on leaves and not on grapes.  There would be abundantly bushy vines but no grapes. 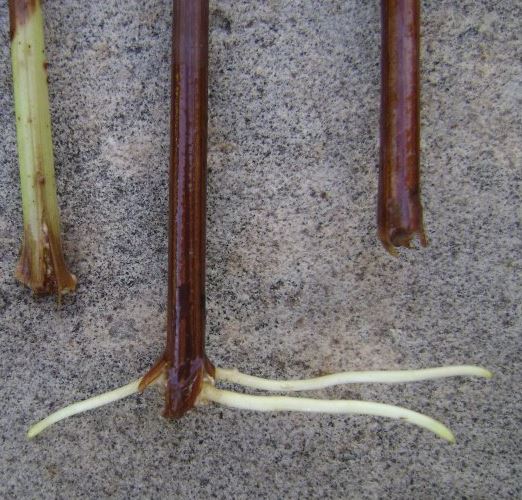 Some grape vines grow on the ground.  If the branches are not pruned, they make their own roots independently from the vine.  To start a new vine you cut off a branch and stick it into the ground.  Many years ago at our school in Jerusalem we had a vine growing next to a wall.  We wanted to move this vine but it was very old and we were afraid if we dug it up and transplanted it, it would die.  So we took a three-meter-long branch from it and stuck it in a new location in the ground for the winter.  We covered it with dirt, and it started growing its own roots.

In the dry season the vine needs the deep root of the mother vine until it can grow deeper roots of its own.  This is true of us spiritually.  If we are cut back, pruned of what is unnecessary, we must not count on our own roots that are not deep enough to hold us through the dry season.  When Jesus says, “You are pruned,” he means that he is pruning the disciples through his teaching.  We must learn to trust the mother vine and not our own shallow roots. 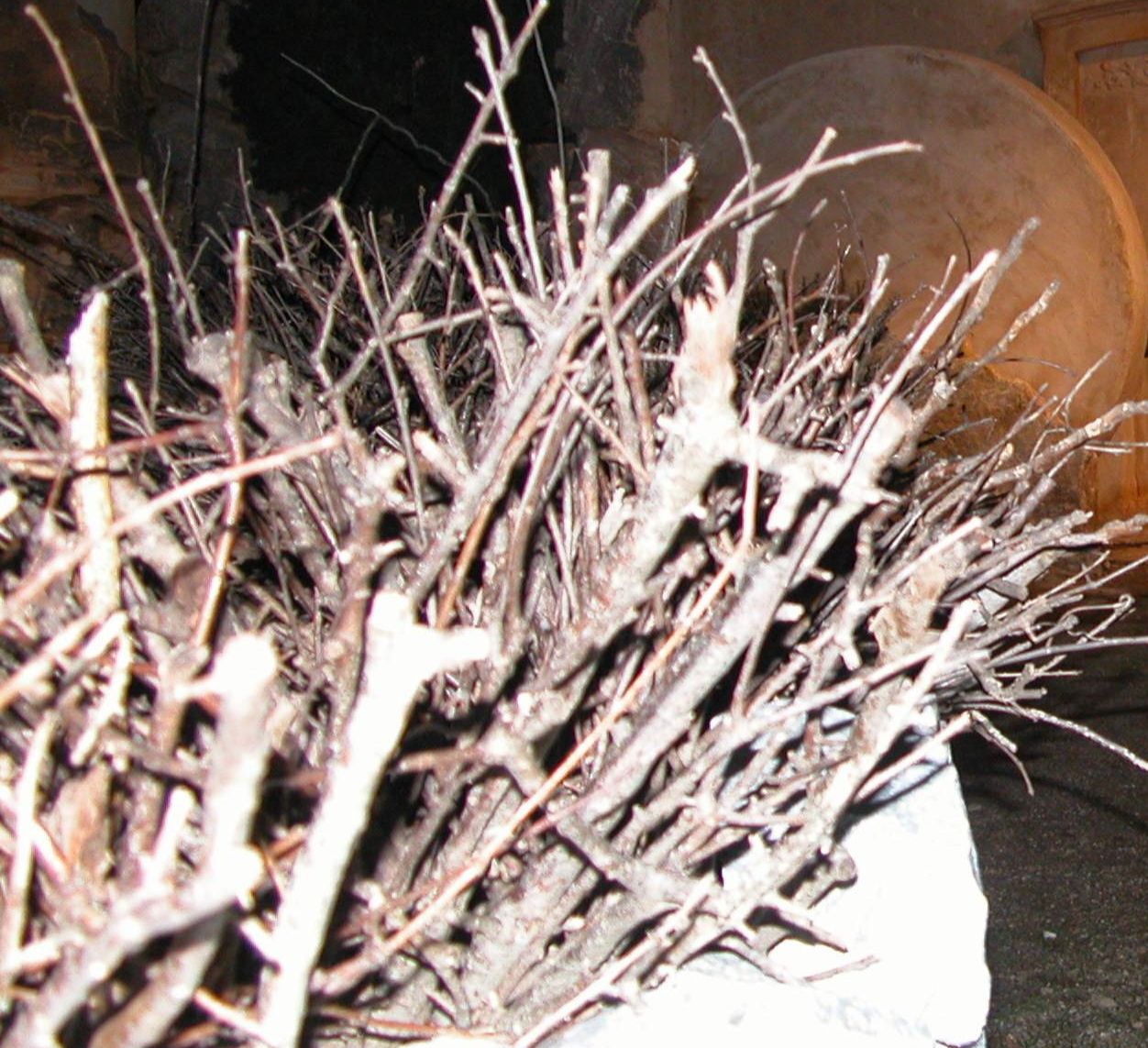 Each year the dried out branches from the previous year’s pruning are put on top of the walls of the vineyard.  These sharp sticks, which resemble barbed wire, are used to keep the foxes out.  Even the part of the vine that is cut off is useful.  The Lord is anxious for us to have sweet grapes.  Pruning is an important way through which this happens.

God, in a mystery that we cannot understand, allows humans to have amazing choice and responsibility.  We are in a world where every single person is going to have some rain and some sun come their way.  The Lord allows the rain to fall on the just and unjust alike.  We are all going to have some blessings.  The Lord also causes the sun to shine on us alike.  Sometimes the Lord answers our prayers through pruning.  Pruning is not related to circumstance, something we cannot control.  Pruning is cutting back something we can control that is holding us back.  If we refuse to let it go, it saps our strength.

Catastrophes happen because we are in a world that has good and evil.  We have free choice.  God gets a lot of credit and blame for things that don’t belong to him.  It is true that you and I did not determine to be brought into this world.  But the Bible promises a God who will cry at our side with us when tragedy comes, 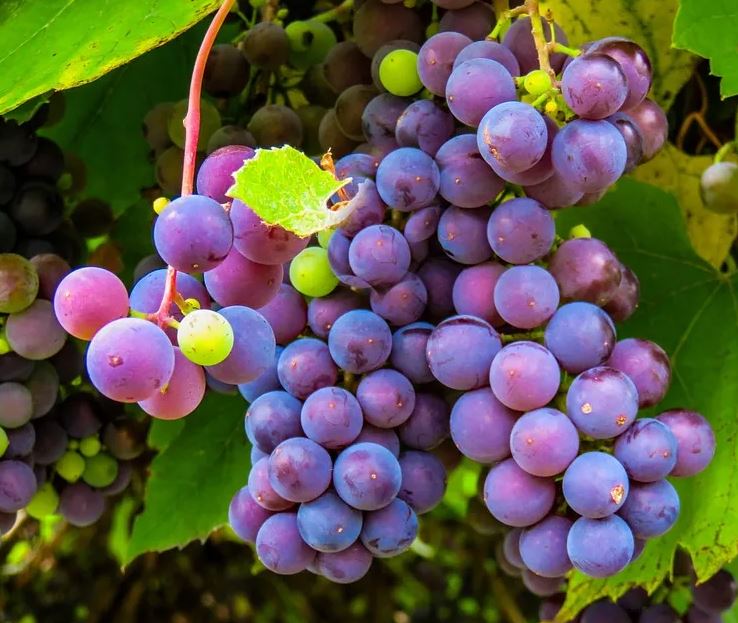 who will laugh at our side with us when we are in joy, and who will weep with us by the waters of Babylon where we weep.

When God prunes us it does not mean that he takes something away from us.  We have a cooperative relationship with God, the vine keeper.  We, the branches, say to the vine, “I know that this is holding me back from having good fruit, Lord.  Help me allow you to prune this from me.”  Circumstances that we can control, that we can choose, are the ones that God can prune.  Let’s ask the Lord to prune us.

Gideon, who put the fleece out in the night, found those wet and dry fleeces after eight hours, just as he had asked.  Then the Lord said to Gideon, “You have too many men.  A few of them might not really be into this.  Let’s prune the force a little bit.”  Gideon says, “That’s a good idea, Lord.”  And he announces that those who are not really with them for this amazing venture can go home.  Twenty-two thousand pack their bags and there are only ten thousand left.  Can’t you just see Gideon’s jaw drop?  He probably thought to himself “Yeah, that was a great idea . . . I’ll have to find a new speech writer!”

Then God says, “You still have too many men, Gideon.  Let’s prune some more.  Take the ones you have left down to the spring at Mount Gilboa and watch them drink.  Separate those who lap water like a dog from those who kneel down to drink.”  Nine thousand seven hundred lapped the water with their mouths.  God said, “Take the 300.”

Gulp!  How much confidence do you think that wet fleece gave Gideon at a moment like that?  He now has 300 men and he is going to do what he should have done all along – he is going to make a decision on faith and courage.  He is going to grow in common sense.  He prays, “Lord, how shall we be wise about how we battle the Midianites?”

Out in the night Gideon sees the Midianite camp.  He hears there is bad morale in the camp.  This is a very important piece of military intelligence.  many Midianites are saying they feel there is a bad omen on the horizon.

They wait for darkness.  Then they go to encircle the Midianite camp with torches which have been put into big pottery jars to keep them barely glowing in the oxygen deficient environment.  They pull the torches out while they are still far off from the camp.  “Yes, this is working.  Put them back in.  Sneak up under the cover of darkness and attack at the changing of the guards.”  Gideon sees things are looking up.

At the Midianite camp, the guards are talking around a big bonfire that makes a bright light in the middle of the camp.  They are getting ready for the next duty shift.  Just as the new guards come from that bright campfire to the dark outer perimeter of the camp to start their shift of duty, Gideon and his men encircle the camp.  His 300 men each blowing a trumpet to sound like 30,000 men.

Prayers that cannot be answered are those that involve too much collecting, too much comfort, and too much ease.  We all get wrapped up in praying for what we want.  These are vending machine kinds of prayers.  It is more difficult to live authentically in a land of comfort, like the United States, than it is to live in many of the developing countries.  Everything goes our way so easily in the 21st century in the northwestern hemisphere, just as it did on the northwest side of Canaan or Israel.

Could it be that the human spirit can endure anything except perpetual prosperity?  Could it be more difficult for us to grow and live authentically if we never have to want, if we never need anything pruned?  For what do we thank the Lord?  It is usually for something that has made our lives more predictable, noisy, busy, or easy.  We are not so thankful for the things that make our lives more unpredictable, silent, lonely, or exhausting.  If the Bible is true, people have a more authentic faith in God on the unpredictable side of life. We know that we can trust in the God of the Bible to prune us so that we may produce good fruit.