The Kingdom of God Announced

How did Jesus announce the Kingdom of God?

After his wilderness experience of the temptations, Jesus returned to Galilee. He began to teach in the synagogues and was developing a favorable reputation. (Luke 4:14-15)  Then he went to Nazareth.

Nazareth was a daughter village of Sepphoris, which was an hour’s walk from Nazareth.  Sepphoris, which was a Roman capital, has been excavated.  It was primarily Jewish until 3 B.C.E.  Then the Romans at Sepphoris killed most of its Jewish population and sold the rest as slaves.  When a Jewish village was located near a Roman city like this, the Jewish village hated the Romans. 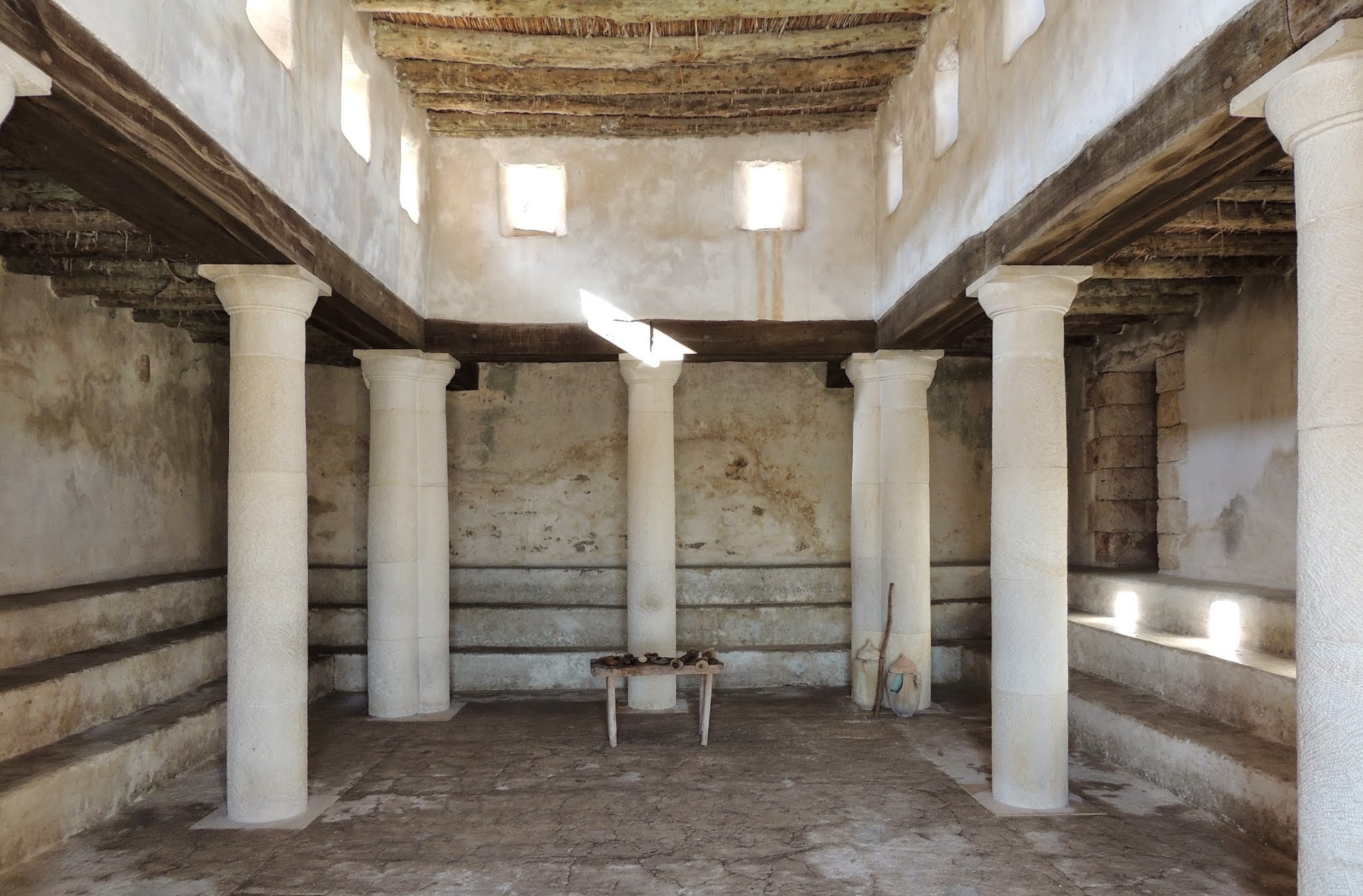 Nazareth, with a population of about 300, was large enough to have a synagogue and Jesus was invited to give a sermon.  Jesus announced the kingdom at the Nazareth synagogue.  Usually a synagogue had benches along the side with a central open nave.  The door faced Jerusalem and just inside the door there was a special seat called “The Seat of Moses” where the rabbi sat.

The rabbi stood to read the scripture as we do in most of our churches. So Jesus stood and read the scroll from Isaiah 61.

The Spirit of the Lord is upon me, because he has anointed me to bring good news to the poor.  He has sent me to proclaim release to the captives and recovery of sight to the blind, to let the oppressed go free, to proclaim the year of the Lord’s favor. (Luke 4:18-19)

This scripture that Jesus read was about the Jubilee, when people who are in debt are forgiven and when lands that were confiscated go back to the owners. 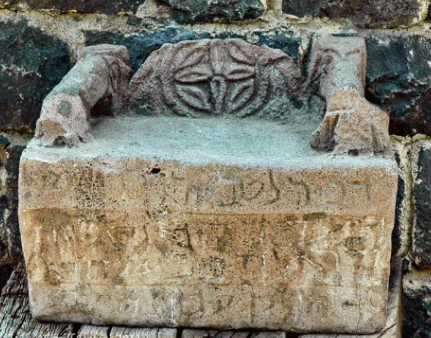 When Jesus finished reading the text he sat.  The rabbi sat in “The Seat of Moses” when he delivered his sermon.  This is a picture of the Seat of Moses that was found at the synagogue in Korazin.   The words “Seat of Moses” are even engraved on the front of it.

And he rolled up the scroll, gave it back to the attendant, and sat down.  The eyes of all in the synagogue were fixed on him.  Then he began to say to them, “Today this scripture has been fulfilled in your hearing.”  All spoke well of him and were amazed at the gracious words that came from his mouth.  They said, “Is this not Joseph’s son?”  He said to them, “Doubtless you will quote to me this proverb, ‘Doctor, cure yourself!’ And you will say, ‘Do here also in your hometown the things that we have heard  you did at Capernaum.'”  And he said “Truly I tell you, no prophet is accepted in the prophet’s hometown.” (Luke 4:20-24)

When Jesus said, “the kingdom has begun in your hearing,” he was breaking away from the Zealot and Essene popular apocalyptic notion of Messiah that we previously discussed.  He is beginning to speak of the forgotten and oppressed people who find freedom, joy and strength in God’s acceptance.

Jesus then gave two sermon illustrations (from I Kings 17:9 and II Kings 5:8).

But the truth is, there were many widows in Israel in the time of Elijah, when the heaven was shut up three years and six months, and there was a severe famine over all the land; yet Elijah was sent to none of them except to a widow at Zarephath in Sidon.  There were also many lepers in Israel in the time of the prophet Elisha, and none of them was cleansed except Naaman the Syrian.”  When they heard this, all in the synagogue were filled with rage.  They got up, drove him out of the town, and led him to the brow of the hill on which their town was built, so that they might hurl him off the cliff.  But he passed through the midst of them and went on his way. (Luke 4:25-30)

The first was about the widows.  In the days before antibiotics and surgery, very few people had only one spouse in their lifetime.  Many lost a spouse and remarried.  Jesus refers to the story that everyone would know and reminds them that Elijah was not sent to the widows in Israel, but rather to the widow at Zarephath, which was a pagan area.  The second illustration is about Naaman who had leprosy and the King of Aram wanted him to be healed.  Elisha was sent by God to heal Naaman, who washed in the Jordan and was healed.  These two sermon illustrations demonstrate God’s love and care for non-Jews.  This did not go over well with the people of a daughter village of Sepphoris where the Romans conducted “ethnic cleansing” of the Jewish population in 3 B.C.E! The people of Nazareth hated non-Jews and Jesus announced his kingdom first in a sermon about God’s love for non-Jews.  Many rabbis taught that if a shadow of a Gentile crossed a Jew you had to use an immersion bath to cleanse.  When it says, “they marveled (or were amazed) at his gracious words,” this should be understood, “they were shocked, aghast, or dumbfounded at his words.”  In fact, they were so upset by it they tried to throw him off a steep rocky hill!

While this picture is not the likely place of this story, it is in the area.  There are many hills around the area and the terrain is rocky, so a fall would have caused injury and could have been deathly.

Where are we, today, seeing the Kingdom of God?  Do we marvel at words of grace to people that society says are not worthy?  Yet this is how the Jesus announced his kingdom.

Jesus did not live in a time when Jews had much grace for Gentiles or willingness to include, reach out to, or befriend Gentiles.  If you and I had lived under ninety years of occupation we would probably feel the same way – we even begin to feel this way after a few years of policy we don’t agree with!  What a challenge it was for Jesus to speak of God’s grace to Gentiles in an area like Galilee, in a daughter village of Sepphoris.  Nazareth was full of hatred towards the Gentiles.  One of the mysteries of our faith is that Jesus is a person of grace in spite of his environment.  Jesus broke away from the apocalyptic and military based kingdom focused on vanquishing one’s enemies.  He announced the kingdom and spoke of God’s love to people who were not seen as worthy.